After a nice breakfast with Luc's sister and niece, we planned our routes for the day.  Our goal was to head for the Atlantic coast through Seaport, NH and follow US Routes 1/1A North.  We loaded our bikes, gave our thanks, said our goodbyes and hit the road. 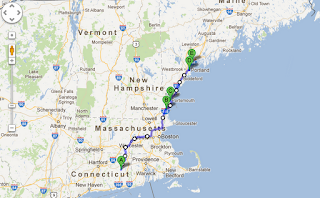 Our first route was CT-97N...this was a very nice drive through the rural countryside.  It was a mix of mature forest and beautiful colonial style estates complete with rock walls as property boundaries.  Traffic was very light and we enjoyed the ride; this is another route that I would recommend. 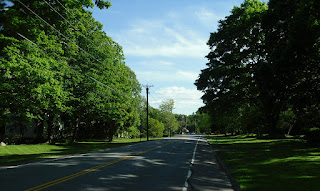 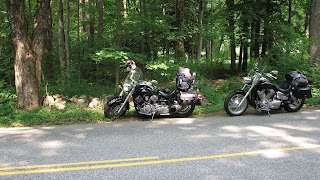 We continued to make our way North and stopped at Worchester, MA for a coffee and a quick break.  From there it was East to Marlborough, MA via MA-20 and then to the much dreaded I-95N!  The ride to the I-95 was mostly urban...through small towns and business districts, nothing too exciting.

The ride on the I-95 was not fun, traffic was very heavy and slow.  Added to that, it was extremely warm, bordering on uncomfortable!  Once we passed all of the exits for Boston, traffic flow and speed improved.  90 minutes later, we were in Seabrook, NH and a much deserved break.  Traffic on US-Route 1 was very heavy as it was a Saturday and many were headed to the beach areas.

On our approach to Route 1A, Luc and I got separated for a short period of time.  We were in traffic and very quickly approaching the exit from Route 1 to 1A.  Luc was leading and I asked what direction he was heading as we were approaching an off ramp, he said straight, well, he interpreted straight as veering right and I interpreted it as veering left...we were riding close and as he veered to the right, I did not have time to do the same and ended up veering left.  He went one way and I the other...Luc said in his Scala, "I will find you"!  A few minutes later, we found each other and were heading for Route 1A...at least that's what we thought!

We ended up on the Hampton Beach strip, it was busy and very slow.  Traffic was at a stand still and it took us at least 30 minutes, maybe longer to get through the strip area and back on to the real Route 1A!  Route 1A to Portsmouth was a great coastal ride. 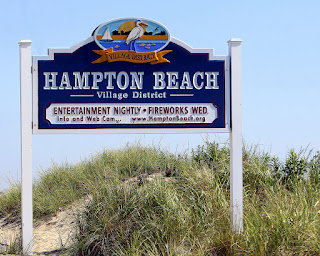 We passed through many beach areas and saw some amazing real estate.  If you are riding through this area on a nice day during the weekend, be prepared for a slow ride! 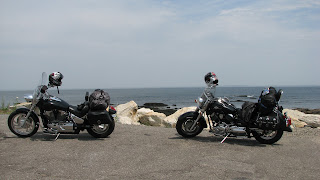 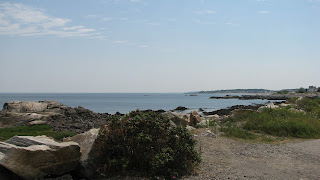 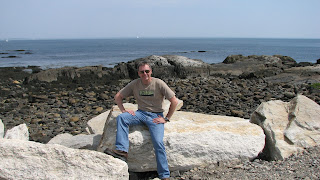 US Route 1A - New Hampshire

We arrived in Portsmouth, NH about mid-afternoon, parked the bikes and went off on a search for a seafood restaurant in the downtown waterfront district of the city.  We found an excellent place...The Old Ferry Landing Restaurant and had an amazing feed of scallops.  The portion of scallops were large and they were cooked to perfection!  Two thumbs up for this place!  In addition, the restaurant deck has a great water view! 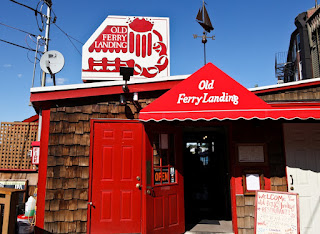 Next, the plan was to jump back on Route 1 and continue our ride North.  We crossed the state line into Maine and proceeded on our way.  We had hoped to take Route 1A from York to Wells for another seaside ride, but that quickly changed due to weekend traffic...it was bumper to bumper at the exit to York and very slow, so we opted to skip it and stay on US Route 1.  The same held true for Kennebunkport and ME - 9.  We stopped near the Kennebunk exit for fuel and a much needed drink...I was starting to feel that I was physically overheating and I made the decision to go "squid" for a bit and removed my leather jacket...something I would pay for dearly later on!

It was approaching early evening when we arrived in Portland, ME and we thought it would be a good idea to start looking for place to settle for the evening.  We stopped at a Comfort Inn near the airport only to find out that everything in the city was booked solid.  The two ladies working at the Comfort Inn tried to find us a place, but no luck...they really went beyond the call of duty to try to help us. 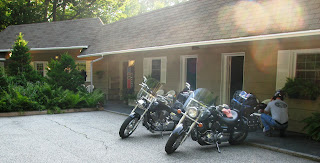 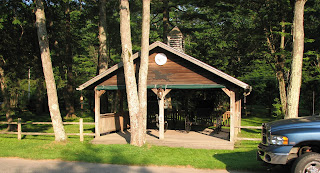 It was perfect, clean, air conditioned, had WiFi and on top of that was only $100.00! We were both pretty tired from a long day's ride in hot weather!  We went for a short walk to a local store and then settled in for the eve!