After a great rest, we were up early and ready for our day 3 ride through New Hampshire to Vermont.  We looked at the route that Jeff suggested, set the GPS and were on the road early. 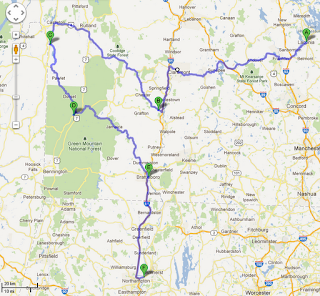 We started across New Hampshire via Route 11.  It was a nice morning ride through rural New Hampshire.  Our first stop was in Claremont, NH, near the NH/VT border.  While having coffee, we struck up a conversation with a lady who lived in the area.  To our surprise, she was very familiar with New Brunswick.  She told us her family history and explained that parts of her family were exiled to Canada due to the fact they where Loyalists and had sworn allegiances to the England during the American Revolution.  She stated that they were sent to Fredericton (my hometown), Saint John and Deer Island.  When she mentioned Deer Island, I almost fell off my chair...those who follow my blog know that I have a real liking for Deer Island and have blogged about it on several occasions. I asked where on Deer Island and she said Leonardville...a place I have been many times!  I said "do you know the main family surname in Leonardville" and she said "of course, it's Leonard, my maiden name!" (My friend Karl, will get a real kick out of this story).  Luc and I really enjoyed our conversation with the lady named Barb.  Barb also offered some advice on directions and roads to ride in Vermont.  We gave our thanks, said our good-byes and were on our way.

Our next destination was Rockingham, VT via I-91 South.  We made a quick stop at the state line for a few pics. 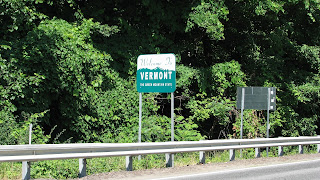 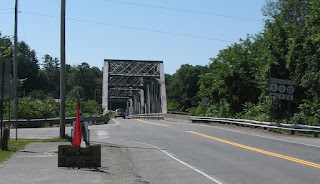 From there is was a short ride on the I-91 to Rockingham, VT.  Shortly after leaving the I-91 on Route 103, we came a cross the Vermont Country Store...we just had to stop!  If you are traveling through Rockingham, you have to stop here! 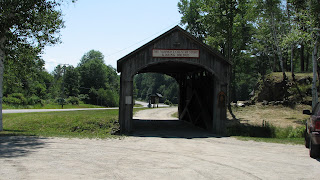 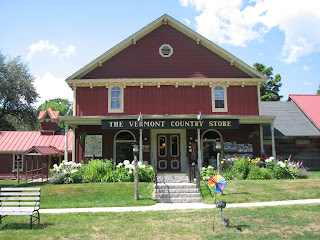 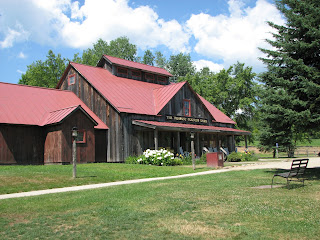 The Vermont Country Store is a true country store...it was like walking back in time!  A candy section, cheese and meats, dry goods, clothing and much, much more.  Check out the candy section and the old fashioned ice box! 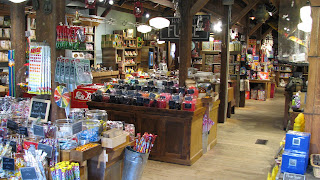 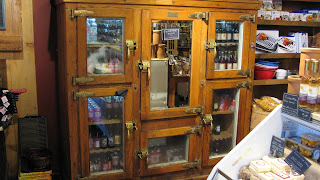 While at the Vermont Country Store, I was challenged to a game of table hockey by a guy from Austin, Texas. The game started and I took a quick two goal lead...and then told the guy that I was Canadian! His response was "great, I don't have a chance to win" as I slammed home a shot from right wing for goal number three! End result, Canada 3 - USA 0! 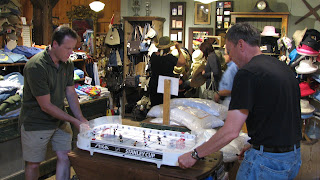 I don't know if it is possible to have too much fun, however, Luc and I really enjoyed our stop at the Vermont Country Store...almost too much fun!

From there, we rode several routes (103, 100, 4, & 30)  through the Green Mountains and through farm country in rural Vermont.  I did not take any pictures as I was just enjoying the ride!  The roads were excellent and the farmland, lakes and hills proved to be great riding!  Thanks again to our friend Jeff for suggesting this route.

The end of the route took us to Brattleboro, VT.  It was extremely hot, so we found and air conditioned coffee shop and had a bite to eat.  We had a short discussion and were trying to decide if we were going to head back to NH for the night or on the Massachusetts.  We decided that we would ride towards Springfield, MA and look for a place to stay.  We jumped on the I-91 South and ended up in Hadley, MA.  We checked into a Comfort Inn and settled for another well deserved rest!  Total riding distance for day 3 through rural New Hampshire & Vermont - 260+ miles!
Posted by Faceyman at Tuesday, July 17, 2012