A couple of days ago I was browsing on Twitter and I came across a tweet from @TheMotorworld stating that he had a new podcast posted at his Motoworld web site called "Dream Rides and Dream Trips". I had some idle time and decided that I would check out the podcast. Part way through the podcast, Paul (aka @TheMotorWorld) interviews Steve McQueen, not Steve McQueen the actor, but Steve McQueen the motorcycle safety course instructor and author of the Motorcycle Nation Podcast website. The topic of their discussion focused on dream motorcycles. Paul posed the question to Steve, "if you could choose any five motorcycles from any era with money not being an obstacle, what would you choose?" Well the conversation that followed was very interesting and you could tell that Paul and Steve were having fun discussing this topic. I won't go into detail as you can go listen to the podcast.

Ever since I listened to the podcast, I have been thinking about the question that Paul asked Steve about selecting five dream rides and thought to myself, if I could choose 5 dream rides, what would they be. This was a much more difficult task to do than I thought it would be, but here is what I came up with...I should mention that I am a fan of stock bikes!

1969 Honda CB 750 - this bike revolutionized the super bike era and was virtually bulletproof! 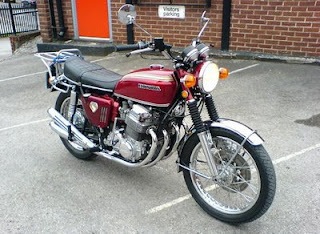 2009 Harley Davidson Street Glide - simply put, I love the look of this bike! 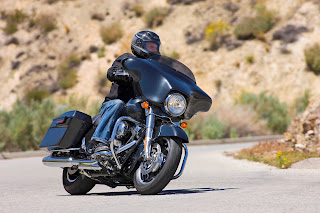 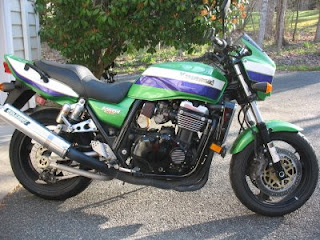 1961 BSA A10 - I have to select a British motorcycle! I can remember seeing one of these as a kid and was in awe by the shine of the chrome gas tank! Bike was fast for it's time with a 650cc engine and a top speed of 100 mph. 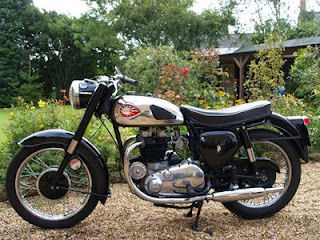 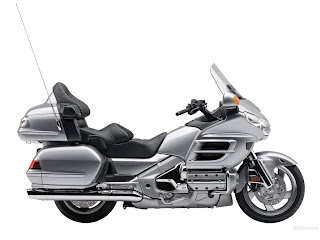 It was difficult to narrow the selection to five as there are so many nice machines out there! I leave with one question, what would you choose for your top five?
Posted by Faceyman at Friday, July 17, 2009