Friday, July 24th - We woke early to a beautiful sunny morning...the plan for the day was to visit sites of interest on the Islands. Luc and I started the morning with an early morning walk. Again, we were in awe of the landscape and coastline. These pictures were taken about 500m from our rented cottage! 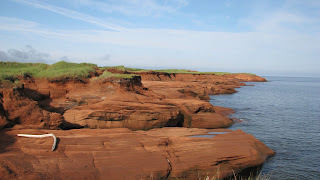 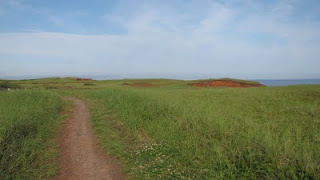 We explored the coastline and came across several sea caves that had been formed by the tides. 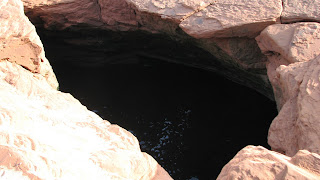 After about an hour of exploring, Luc and I returned to the cottage to meet up with Martin and Susan. The plan was to tour the other side of Cap aux Meules Island. We loaded our gear, jumped on the bikes and headed towards a lighthouse at Cap du Phare. I was leading the group and little did I know that I drove by the lighthouse without seeing it. We stopped in the village of L'Étang-du-Nord and Susan told me that we missed the lighthouse. I looked off in the distance and she was right. 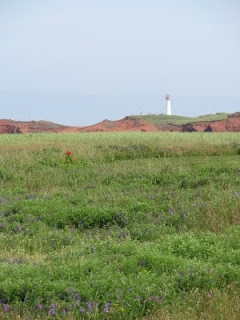 Prior to travelling back to the lighthouse at Cap du Phare, I took this picture of a house that views the Atlantic Ocean. Very interesting architecture! 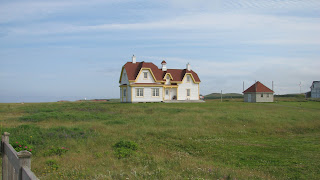 We jumped on our bikes and back tracked to Cap du Phare so that we could check out the lighthouse and take a few pictures. 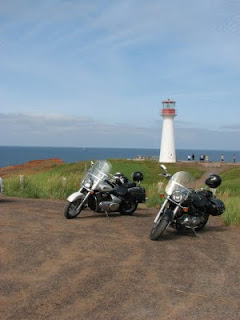 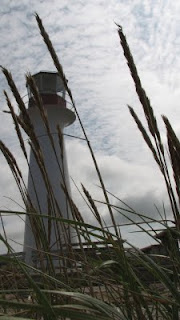 After touring the lighthouse area, we jumped on the bikes and traveled back to the village of L'Étang-du-Nord. The scenery, like everything else we saw on the islands was spectacular. Here is a shot of the wharf and the surrounding landscape. Notice the shipwreck off in the distance. We asked a local about the shipwreck and he explained that the ship was from Halifax, Nova Scotia and was blown off course during a storm. The ship broke in half! 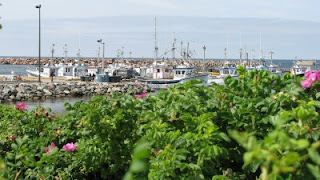 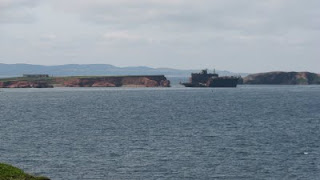 We stopped for a coffee and enjoyed the view. There was a real cool kite shop in L'Étang-du-Nord and it was fun to watch people learning how to fly and control a kite. 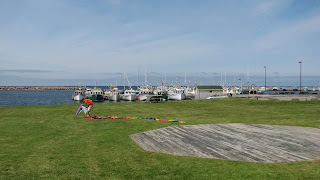 We also took time to check out this sculpture which was dedicated to the fisherman of the Islands. 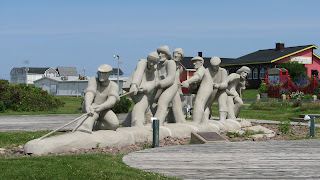 Since they were trying to pull something out of the water, we figured that we would lend a helping hand! Apparently, this type of photo opportunity is quite popular with tourists! 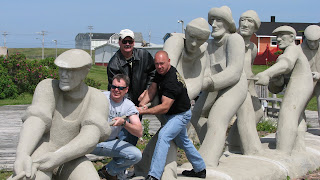 From there, we took an alternate route to the Village of Cap aux Meules and had lunch. During our lunch, we set out our plan for the afternoon. Martin and Susan wanted to spend some time at the beach and Luc and I wanted to continue touring. We decided to split up and meet back at the cottage for supper.

There is a microbrewery on Cap aux Meules Island that Luc and I really wanted to check out. We parted ways with Susan and Martin and headed off to the À l'abri de la Tempête Microbrasserie. At the microbrewery, we met a young lady and employee named Isabelle. She took the two of us on a personal tour of the microbrewery...a very small but unique operation. One of the beers that they make is made entirely from products on the Islands, now that's cool! After the tour, we had the opportunity for some small samples of the beer they manufacture, it was all good! 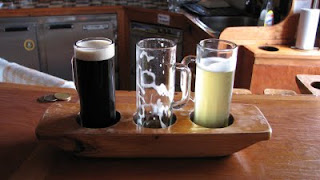 After the microbrewery, Luc and I took a look at the map and decided that we would go to another lighthouse located on Havre aux Maisons Island at Cap Alright. It was not a long ride, but we were taken again to another spectacular view (I know, I keep repeating myself)! In the distance you can see Entry Island, it is a small Anglophone community about 10KM from the interconnected islands. I really wanted to go there, but there was just not enough time to catch a boat and go there...it is a full day trip! 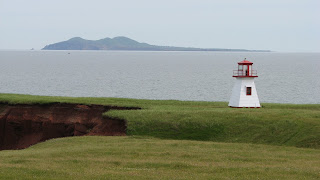 I also took this picture of one of the cliffs near the lighthouse...Luc called it a postcard type of picture! 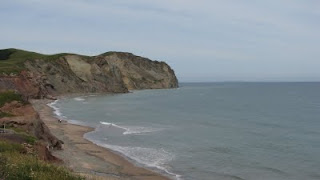 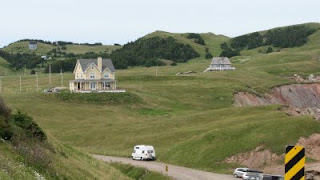 After spending some time at the lighthouse, Luc and I saddled up and traveled to another wharf. We had one last place that we wanted to visit and it was a lookout point that we had scouted out earlier in the Village of Cap aux Meules. We climbed the long set of stairs to the top of the lookout point and here is the view that we had. 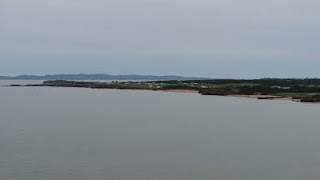 Notice the bridge off in the distance, this connects Cap aux Meules Island to Havre aux Maisons Island. 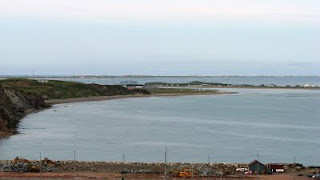 This was our last stop of the day before heading back to the cottage. What a great second day touring the Îles de la Madeleine! We met up with Martin and Susan and decided that we would have a BBQ for supper! Luc's friend Sarah and her friend Marc-Andre joined us! A great two days touring the Islands; my main focus was on the geography and the landscape. If I ever make it back here, I will spend some time focusing on the history and architecture of the area.

We had an early morning boat to catch, so we enjoyed each others company at the cottage, had a few beer and packed our gear.

But wait, the adventure is not over yet...here are the day 5 teasers. Get your barf bags ready! 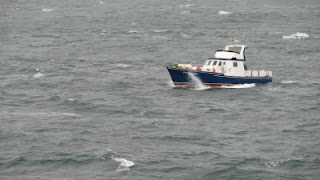 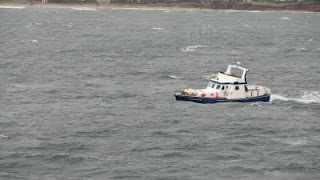