What a great motorcycle run today! The weather was perfect and the trip today was a 400km round trip to Miramichi City (Chatham) to watch the high school drag races! 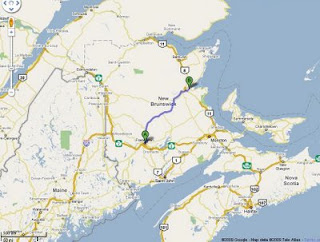 I left home at 8:00am and was to meet up with my friend Steve. He lives about 50km from me, so we decided to meet at a post office located in the rural community of Nashwaak Village. Steve drives a 1984 Honda Shadow 750 and it is in great shape. 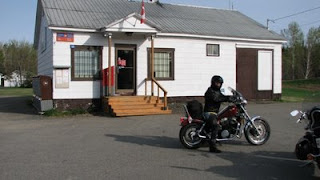 From there we ventured another 50km to the Village of Doaktown for a coffee fix; it was much needed as the weather was rather cool.
Then, it was off to Miramichi City and the community of Chatham...about 100km. I grew up in Chatham, so we stopped to visit with my Grandmother for a bit. My Grandmother is a great person, she is 87 and is very independent.

Next stop, the Miramichi Dragway and the high school drag races! I work as a school district supervisor, so I made sure that I visited all four drag teams from our school district and checked out each of their cars. There were a total of 21 cars entered in the competition and 9 of them were from four different high schools in my school district.

SHS had four cars in the race! Here are three of them... 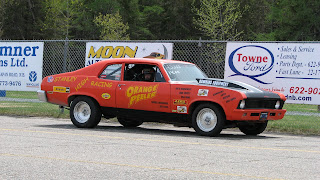 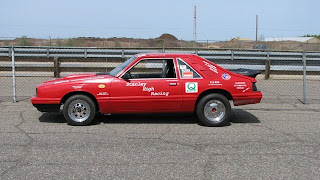 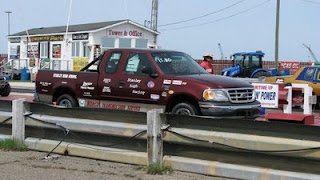 DCHS has a fun car, it is a Ford Mustang with a 460 in it. Notice the driver of this car is a female student! 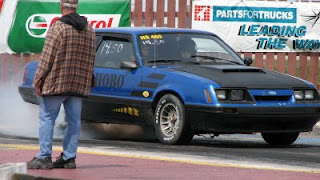 This Thunderbird from UMRHS ran very strong all day long! 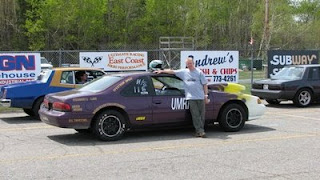 The team from FHS had a rough go of things. On Wednesday, they blew a rod during a Dyno test. They purchased a new Chev 350 long block and worked for 3 straight days trying to get the car ready. They had all kind of issues and had to fabricate parts for motor mounts, put the transmission in a different case and a myriad of other issues. Today it was electrical problems. Unfortunately, the car was not ready for time trials so they were out of the competition. However, they still had the opportunity to run the car down the track! 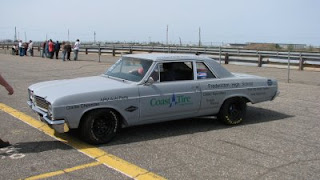 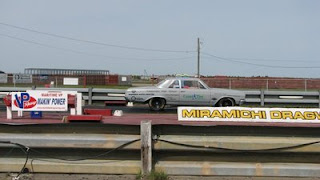 The team from SSHS (another school district) had some rear end issues! 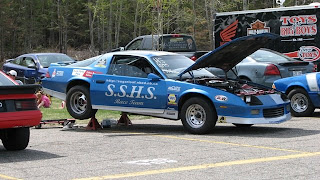 The JMA car (another school district) that won the high school competition in 2006 looked strong too! 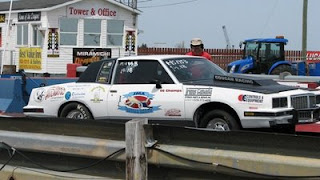 The car from NSER (another school district) also ran well! 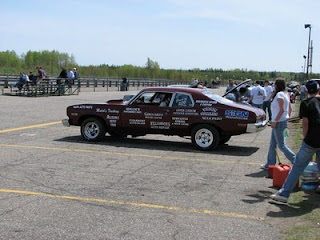 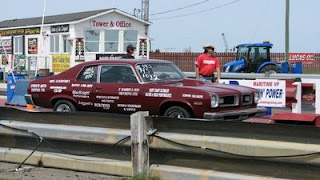 I had a great time at the races today and what impressed me the most was the dedication of the students and teachers with regards to building and racing these cars! We talk about providing enriching learning experiences for students, well...it does not get any better than this! The kids were so into this! 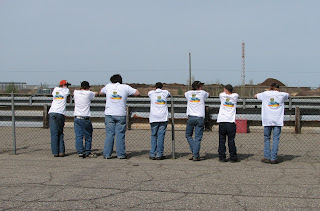 There were also some Pro Stock Series cars and motorcycles running today and they were fun to watch! The bikes, all I can say is OMG...I never want to go that fast on a motorcycle! 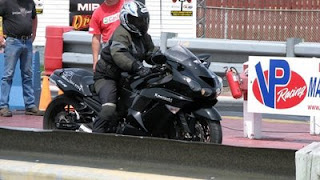 And this machine hit a 150mph! 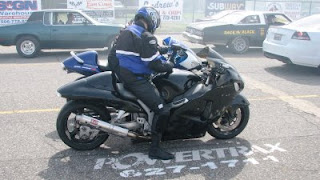 Overall, it was a great day! Unfortunately, Steve and I had to leave before the final races for the high school championship were run. We had a 2-hour + ride home and there are just too many "critters" (moose, deer, raccoons & porcupines) on the road after dark and it is just not worth the risk. Again, a great day!

A closing note, Steve and I stopped at the Harley Dealership in Chatham Head and they has a great sale on helmets. I found a Shark full face that was regularly priced at $399.00 on sale for $109.00 and I just had to buy it! You can see it sitting on the saddlebag of my bike. 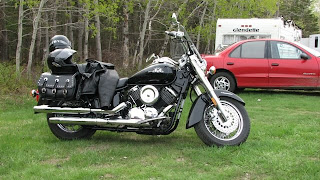