As mentioned in a previous post, I was really excited to see the release of the 2012 Ducati Panigale. From what I have read, it is supposed to be quite a machine. To add to this, the rebirth of Erik Buell and the EBR1190RS is another point of excitement for 2012 as is the update to the 2012 KTM RC8. What do each of these bikes have in common, they are V-Twin powered superbikes!

With the introduction of these 2012 models, wouldn't it be great if one of the major motorcycle magazines initiated a 2012 V-Twin Superbike Shootout? Speaking for myself, it would be one comparison that I would be most interested in reading!

After some online research, here is a quick comparison of the power plants behind these three superbikes. 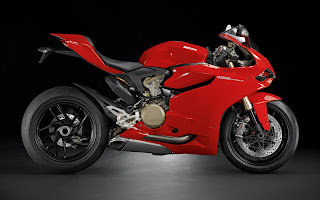 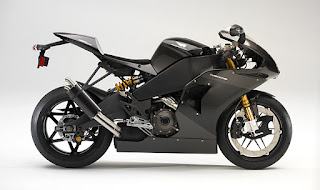 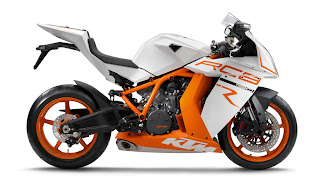 Based on the information above, it appears that the Ducati Panigale has a major horsepower advantage over the EBR 1190RS and the KTM RC8, but there are other innovations that have to be considered too re: engine torque, frame, weight, suspension, traction control, etc.,...something a V-Twin Superbike Shootout would tell us. Which V-Twin Superbike do you think would come out on top?
Posted by Faceyman at Friday, November 18, 2011