Day 2 - Bathurst to Moncton via The Acadian Coastal Drive

We woke to a beautiful day, had breakfast and prepped for our ride along the Acadian Coastal Drive. We did most of this ride before, but it was in the opposite direction and on two different occasions.  The morning air was crisp and the sun was shining.  We followed Bridge St. out of Bathurst to Salmon Beach and then Route 11 along the coast into the town of Caraquet.  The ride did not disappoint.  Once in Caraquet, we stopped for a break and took a few minutes to enjoy the view.

From there, it was on to Route 11 for a bit until we reached the town of Tracadie-Sheila. We exited Route 11 and enjoyed a ride down the strip in Tracadie-Sheila.  This was Luc's first visit and he was thoroughly impressed with the view and the town in general.
We followed Route 11, which is adjacent to Miramichi Bay into Miramichi City (Chatham).  We decided that we would stop at O'Donaghue's Irish Pub for lunch as we know the food and service are good.  We had a bit of excitement here, when I stopped to park, my right foot slipped on some loose gravel and I had to gently lay my Street Glide Special on the ground.  The fully loaded 900 pound Harley won the wrestling match as I couldn't hold it up! Fortunately, the only damage was a scratch on my crash bar (it did it's job) and a much bruised ego!
At the pub, Luc and I both opted for fish & chips.  We also tried some locally brewed craft beer.  I opted for the Timber Ship - Irish Red (see below) and Luc, the New Maritime - IPA and both beers were excellent!  5 star rating for O'Donaghue's Irish Pub!
After quick tour of Chatham, we jumped back on the Acadian Coastal Drive via Route 117 through the small villages of Bay du Vin, Baie-Saint-Anne and Escuminac.  We stopped for a quick break at the Escuminac Wharf and then continued on the 117 through Kouchibouguac National Park.  This route is in very good shape with lots of twisties...fun to ride!
The next part of the a Acadian Coastal Drive takes you through various communities along the coast and the roads are well marked with the Acadian Coastal Drive Starfish.  The ride along the coast via the 505, 475, 535 and 530 into Shediac was scenic and enjoyable as there was virtually no traffic. 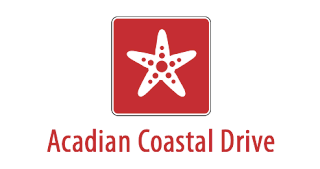 Traffic was very heavy in Shediac as it always is in the Summertime.  We slowly rode through town and then jumped on Route 15 into Moncton as this was our end of day ride destination.  We arrived at the Chateau Moncton, unloaded our bikes and checked in for the eve.  The Chateau Moncton sits on the banks of the Petticodiac River and has an amazing view!
Staying with the theme of trying out local craft breweries, we opted to go to the Pump House Brewpub.  Luc and I have been to the Pump House on several occasions and know that the beer and food is good! We both had the wood oven pizza and several of their locally brewed beers...the food and beers were great!
After dinner, it was a short walk back to the hotel.  It was a great way to end a 450 kilometre ride along the Acadian Coastal Drive!
Stay tuned for Day 3 - The Fundy Coastal Drive with the sub-title of "Every Brew Tells a Story!"
Posted by Faceyman at Sunday, August 08, 2021