I have been awhile putting up this post. I am back at work and it is my busiest time of year, so this had to wait.

Day 2 of the Canadian Superbike Series and Atlantic Motorsport Park was even more exciting than day 1. The final races were fun to watch, from the kids on CBR 125's to the Harley Davidson XR1200 series to the Pro Sportbike and Pro Superbike races.

We arrived at the track early in the morning and were the very first fans to claim our spot in corner two. 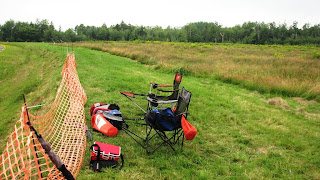 Our View in Corner 2

First race was the CBR 125 final...it was a blast to watch, like racing in slow motion. Although slow, the CBR 125 series is the launching point for future racers.

The race was won by a young lady named Stacey Nesbitt. Stacey actually ended up being the overall CBR 125 series leader for 2011.

The next set of races that I took pics was the XR1200 series. This was just fun watching these guys rip around the track on those big bikes. Also, this series really demonstrates rider ability as all are riding the same style of motorcycle.

#14 Steve Crevier was the winner in a race that was shortened due to a bad crash in corner 1. You can see how much of lead Steve gained in the pictures above.

Next was a visit to the pit area to look at some of the bikes. It was great as we had a chance to talk to some of the riders and take a close look at the bikes. 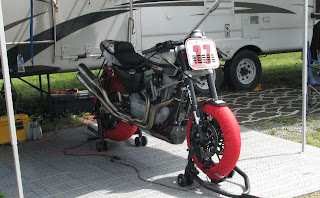 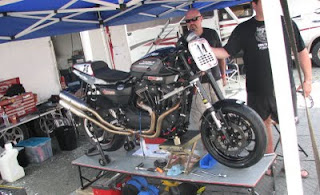 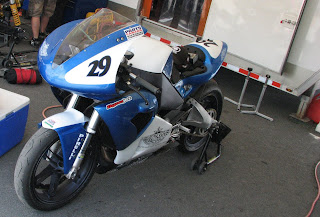 Here is #6 Brett McCormick's BMW S1000RR getting some attention before the Pro Superbike final! 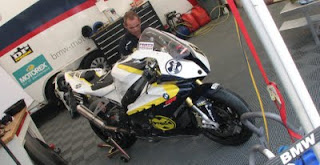 I am not sure why I didn't take any pictures of the Pro Sportbike final, but I made sure that I got some of the Pro Superbike! It was a great race and it was dominated by #6 Brett McCormick on is BMW S1000RR. From the start of the race, he did not look back. 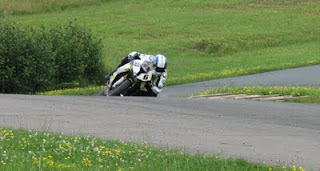 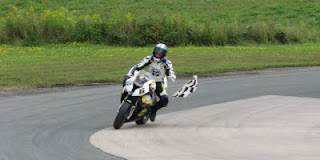 It was a great weekend of racing and I am really glad that I went. I think I will add the CSBK races at Atlantic Motorsport Park to my yearly calendar. There was one amateur race left in the day, however, Luc and I opted to head for home as we had a four hour drive. Apparently the race was rain shortened, so we didn't miss much! Check out this video from CSBK!

Email ThisBlogThis!Share to TwitterShare to FacebookShare to Pinterest
Labels: CSBK